We're celebrating the first chortles of spring with the exuberantly colorful new puzzle of Les Renoncules by Henri Charles Manguin:

Manguin was born in 1874, and studied painting at the prestigious École des Beaux-Arts, where he met other color-obsessed post-impressionists like Henri Matisse, Albert Marquet, and Charles Camoin.

Like Matisse, Manguin became part of the Fauvist movement, known as the wild beasts of the art world for their extreme and decadent use of color.  Manguin was known as “the voluptuous painter" for his love of painting voluptuous nudes (uh, not shown here).

Manguin was supported by the art dealer Ambrose Vollard, who is famous for being an early and ardent supporter of Cezanne and Picasso.   Sothebys says Vollard purchased over a hundred of Manguin's canvases just in 1906, creating a market for his work.

Les Renonules are a flower with paper-thin layers of petals, and are called ranunculus in English. Here's what they look like in real life: 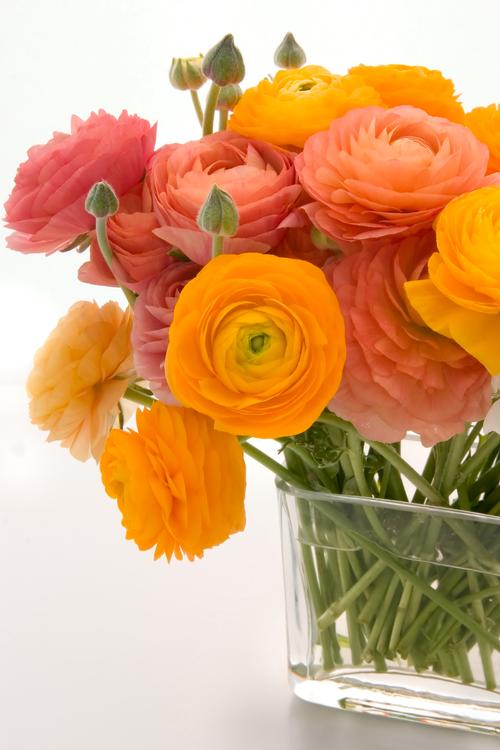 Our puzzle designer Ashley Boyd went in for a bit of a lovey-dovey design, romantic whimsies and a decorative edge with tiny heart-shaped drop-outs, here's a sneak peak at a few pieces and edge: The edge is a bit tricky, making the puzzle average hard overall.